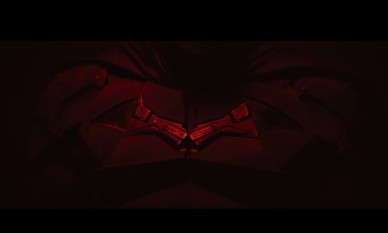 Matt Reeves, director of The Batman, has tweeted out the camera test for Robert Pattinson in the new Bat-suit. It’s a slow and foggy reveal as Pattinson walk into focus in a red lit room. The camera focuses on the Batman symbol in the center of his chest. It metallic with seemingly mechanical components. It also seems to divide in the center and maybe removable. As Robert turn we get a better look at the shoulder plates. The separation and binding gives a steampunk vibe to this suit. The next piece in focus is the cape. In comics the Batman cape is an important way of conveying Batman’s movements. This cape attaches over the shoulders and in the the front half of the neck line. Most notable is a collar, which reminds us of adult Damian Wayne’s suit. Lastly we get a better look at the cowl. It appear to almost be leather with a nose piece that stops at the rim; reminiscent of the Adam West cowl. 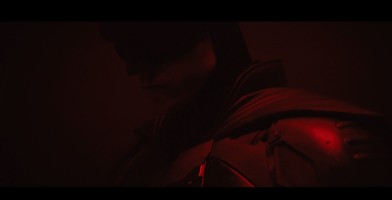 The internet’s reaction is very divisive as expected. Pro suit fans praise the step back to early day of Batman with the lack of shine and perfection. While critics argue that this batman looks weak compared to Ben Affleck. Personally, I am excited for this suit. When included with some leaked set photo, we can tell this will be a Bruce Wayne that is just figuring out how to be a vigilante and detective. This Year One or Long Halloween inspired Batman will have tech and tactics that are still in the beta process. This is the Batman I have been wanting!

Here is the full camera test posted by Matt Reeves.