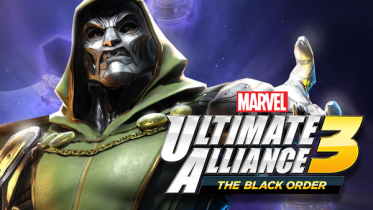 We are getting another DLC for Ultimate Alliance 3 coming March 26th. This will be the final content for Ultimate Alliance and will feature a Fantastic Four theme adding Mister Fantastic, The Thing, Human Torch, Invisible Woman, and Doctor Doom. There will be a story attached to the DLC as the Fantastic Four team up with the rest of the alliance to take down Doctor Doom. To gain access to this DLC you will have to purchase the expansion pass for $19.99. The pass will include two of the previous DLC packs featuring the Marvel Knights themed with characters including Punisher, Moon Knight, Morbius, and Blade. The second themed DLC is X-Men, with

characters attached like Phoenix, Gambit, Ice Man, and Cable. When logging onto your game it may seem that you have this and don’t remember purchasing, but the reason behind this is that the game will give you a preview of what each DLC looks like. Once purchased, you will unlock all the content as well as unlocking new characters in each theme pack. I have dived back into Ultimate Alliance 3 and I’m loving it like I did on day one. I appreciate the grind that it continues to give players to creating a high replay value. I am very excited to see what will come with Fantastic Four since the reboot and having Disney involved.