It’s summertime, and that means it’s time to pick up cheap games. Epic Games Store Sale will be running until August 6th. Here are our must-buys!

All the TellTale Walking Dead games 50% off

The Walking Dead is a five-part game series set in the same universe as Robert Kirkman’s award-winning comic book series. Play as Lee Everett, a convicted criminal, who has been given a second chance at life in a world devastated by the undead. With corpses returning to life and survivors stopping at nothing to maintain their own safety, protecting an orphaned girl named Clementine may offer him redemption in a world gone to hell. 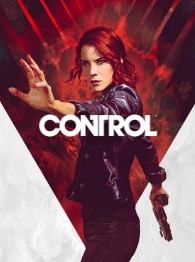 After a secretive agency in New York is invaded by an otherworldly threat, you become the new Director struggling to regain control.

From outcast to living legend, embark on an odyssey to uncover the secrets of your past and change the fate of Ancient Greece

Welcome to Hope County, Montana, land of the free and the brave but also home to a fanatical doomsday cult known as the Project at Eden’s Gate. *Also, this is currently the game we are streaming; come on by!

The Most Recommended – Ghost Recon Wildlands is $12

Create a team with up to 3 friends in Tom Clancy’s Ghost Recon® Wildlands and enjoy the ultimate military shooter experience set in a massive, dangerous, and responsive open world.