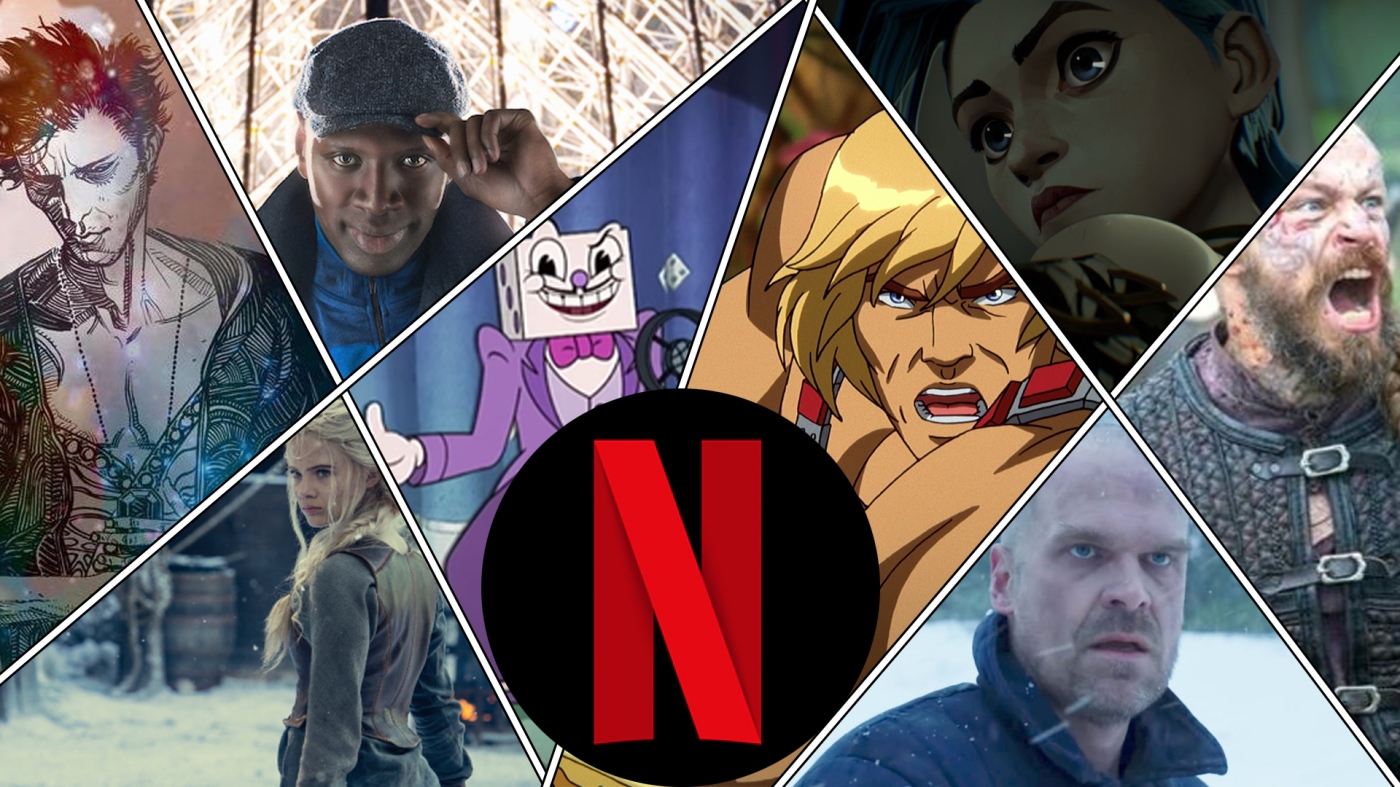 Netflix has been celebrating geek culture this week with their Geeked Week Event. They revealed new shows and discussed current projects. It was a fun week for those of us in the Geekdom. Here are some of the reveals from each day.

Zack Snyder’s Army Universe is set to expand. A new prequel to Army of the Dead may release soon if all reshoots and editing goes well. The new spinoff will be called Army of Thieves.

The fan favorite Shadow and Bone is getting a second season! The cast took to twitter to share the news with a short video.

The new Liam Neeson film, The Ice Road, takes Ice Road Trucking on and action packed thrill ride. Netflix released a new clip showing the cast narrowly making it across a frozen sea. This is going to a fun summer blockbuster!

Fan are hyped for the return of Lupin. Netflix successful turned the anime into a live action hit. Not an easy task. This week, we got a new clip for part 2.

Jean-Claude Van Damme is back! The 80’s and 90’s action star returns for Netflix’s The Last Mercenary. He plays a retired mercenary pulled back into the business. He’s surrounded by inexperienced millennials who stand in awe of the veteran. Check out The Last Mercenary on July 30th.

We got a behind the scenes look at Vikings: Valhalla. This spin-off of Vikings is using the original filming location. The story will take place during the Leif Erikson era.

Another anime classic getting the live-action treatment is Cowboy Bebop. We got our first look at the cast during filming. We also learned the series will release this fall.

Sandman creator, Neil Gaiman, gives us a peek at the beautiful sets and detailed props used in the upcoming series. It’s clear Netflix is putting in a lot of care for the Sadman fans.

Locke and Key has a smaller but very dedicated audience. Fans rejoiced when a season 2 was ordered. This week, we got some new images.

Stranger Things is releasing a new podcast as well. The 6 episode scripted show will follow the adventures of Robyn Buckley. Here is a clip:

A new movie called Gunpowder Milkshake was announced. With it a new clip. It’s a star studded cast playing a group of assassin librarians. After this short clip, I’m already wanting an entire franchise.

R.L. Stine’s Fear Street is getting a movie trilogy.We have the first trailer showing us a horror story spanning three centuries. The first movie focuses on 1994, nest is 1978, then 1666. All three films will release are releasing in July a week a part. We are definitely covering these on our Sloop series.

Master of the Universe

I can’t wait! Master of the Universe is getting the reboot treatment thanks to Kevin Smith and Netflix. Smith tweeted out the first real trailer for this. I’ll leave you with one important fact… Mark Hamill plays Skeletor!

Not much to say here. Netflix will cancel shows that deserve to stay but they will not let this failed project die. Bright, the 2017 movie, is getting an anime.

A tundra based, monster killing, survival/horror anime…YES! Make My Day is a new movie and IP for Netflix. I’ve got high hopes for this one.

Brought to us by two masters, Hirotaka Adachi and Yoshitaka Amano. Exception is a futuristic horror anime. We can expect some top notch creature design in this one.

Space fantasy anime that looks to have a big budget. Check out the first trailer.

Thirteen year old in a world of shamans and magic. This should make for some epic battles. I’m getting a real Full Metal vibe from Shaman King.

A new Gundam anime! Enough said right?! This is a guaranteed hit for Netflix.

Twilight of the Gods

Zack Snyder and Netflix are working well together and Army of the Dead. His next project os based on Norse Mythology. Something that is often used in mainstream media, but incorrectly. Hopefully this new series will be less Thor and his hammer and more family drama from a chaotic family tree. Here is the cast for Zack’s new movie.

RE is hot right now after Resident Evil Village’s success and rumors of RE9 announcement coming soon. Perfect time to show of the new RE anime. Here’s the trailer.

Netflix knew how to finish off Geek Week. We got a look at the cast at work for Witcher Season 2. They all look worse for wear after their battles. Season 2 picks up right after season 1, when the world was collapsing into war.

This is will be a hit, I promise you. The cuphead game blew us all away with its modernized retro animation. The new film does the same, but with more polish and Wayne Brady as the villain, King Dice. Cuphead fans have been demanding this, and it’s coming soon.

Hope you’re not tired of zombies cause Netflix has more on the horizon. This live action series will be much closer to the original couple of games. Taking place in Racoon city immediately after the breakout. Here is the newly revealed cast.

Need to make sure your new project will be a hit, base it off of one of the most popular game. This new trailer focuses on Jynx, who has taken the spotlight lately in the LoL promos. This animation style is a bit different than LoL fans are used to but they should be hyped.

That everything for Netflix’s Geeked Week. I want to give a massive thanks to IGN who was on top of it and compiled the daily reveals. Head over to IGN and give writer Jesse Schedeen some props!